If you have even a passing interest in Salesforce and use SFDC tools at work, some knowledge of how the Salesforce platforms came to be and how the tool evolved into what it is today is essential.

This article offers a quick, concise look at the Salesforce.com suite, how it all began for Salesforce, and how the tool evolved into what it is today.

What Are Salesforce Packages Used For?

One of the chief applications of Salesforce tools is as a CRM -or Customer Relationship Management- which is a way to manage a company's interactions with their present and future customers. It often involves using technologies to organize, automate, and synchronize sales, marketing, customer service, and technical support. 'Salesforce.com' is a name that has become incredibly popular in today's software world. Best known for its CRM products, Salesforce.com is a global cloud computing company. As of 2004, it is the most highly valued cloud computing company in America, with a market capitalization of $ 50 billion.

We talk so much about cloud computing, but what does it really mean? Webopedia.com defines cloud computing as "a type of computing that relies on sharing computing resources rather than having local servers or personal devices to handle applications." Salesforce.com is one of the first companies to offer web-based CRM services to the world. The CRM products are delivered to the customers by Salesforce.com with a monthly subscription, which is comparatively less expensive to buying, installing, configuring and maintaining the software. Its CRM product offers ‘Sales Cloud’, ‘Service Cloud’, ‘Marketing Cloud’, ‘Force.com’, ‘Chatter’ and ‘Work.com’, the very new ‘Desk.com’. ‘Sales Cloud’ manages contact information and integrates social media and real-time customer collaboration through ‘Chatter’. 'Chatter' connects every employee to the files, charts, and experts that they want at any time. ‘Service Cloud’ includes a call center - like case tracking feature and a social networking plugin for conversation and analytics.

‘Marketing Cloud’ offers ‘Radian6’, a social media monitoring and marketing application. ‘Force.com’, the company's platform - as - a - service (PaaS) product, allows software developers to create Salesforce.com add on applications. ‘Force.com’ was their first attempt at a platform, but continues to suffer from a few issues, such as with proprietary languages, incomplete service directories, and limited integration into the existing applications of Salesforce.com. ‘Work.com’ offers ‘Rypple’, a social Human Resource performance management platform which allows the customer to ask for feedback anonymously at work. Salesforce now owns two more platforms ‘ExactTarget’ and ‘Pardot’. ‘Desk.com’ allows the sales and support teams to have a full-fledged view of customer details. During the late 90s, the software was being packed and sold to customers at a high price. With this came the charges of installation, customization, and maintenance of the software. After a decade in Oracle, Marc Benioff was looking for a change. He wanted to start a CRM company and then, one day, had an idea to sell the CRM software to customers over the internet, using central servers to store customer data rather than sell them packaged goods. In 1999, with partners Parker Harris, Dave Moellenhoff, and Frank Dominguez, Benioff launched Salesforce.com, with this end in mind.

The company started out as one specializing in software-as-a-service (SaaS). Harris, Moellenhoff, and Dominguez wrote the initial sales automation software that was put out to customers. They officially launched their service on February 7, 2000, when smaller companies began signing up for online assistance in automating their sales forces. The age of e-commerce had not taken off yet, however, and many were opposed to this idea. Investment companies did not pay attention to this startup as opposed to the bigger giants like 'Siebel Systems'. Benioff and Magdalena Yesil were the first to invest in the company. The other investors were Mark Iscaro, Larry Ellison, Halsey Minor and Igor Sill of Geneva Venture Partners. Venture Capitalists proposed selling the web-based package with a self-contained CRM package to customers, claiming that the online version would draw enough customers in to eventually purchase a packaged software.

However, Benioff envisioned developing a web-based software capable of eliminating the need to pay for hardware or software. The primary modules that were developed were Sales Force Automation, and Marketing and Customer Support. Each successive release of the product added a lot of capabilities to support customization and integration with the other applications. The company got its big break when it went public on the New York Stock Exchange in June 2004. It raised the US $110 million, going under the stock symbol CRM. Salesforce.com was able to defeat 'Siebel Systems', which was then bought out by 'Oracle', because of its new and improved mode of delivery. Benioff’s focus continued to remain on making lives simpler, which was more than 'Siebel Systems' could achieve.

The Salesforce approach to CRM had finally begun to win over customers! During this take overcame the launch of AppExchange, a custom-building and sharing platform that allows Salesforce users to create their own applications with the company's layouts and sell them to others. According to the October 5, 2005 edition of the Financial Times, Benioff said, "Not only have we introduced our most important product, but our top competitor just disappeared." After this big win, Salesforce.com, which was once seen as unviable stood tall among its competitors. In 2008, Salesforce.com acquired ‘Intranet’, a French customer service solution and with the takeover came the expertise of Alex Dayon, a technologist who was ready to rebuild service cloud as a platform based solution. ‘Chatter’ was launched in 2010, initially as a hybrid of platform solution. Their last acquisition was in 2012 where they took over several dot com properties like Heroku.

Salesforce’s biggest event, Dreamforce, was first held in 2003, with around 1,300 people jammed in a ballroom. With 135,000 attendees from over 91 countries registered, in 2014, Dreamforce is the largest and most sought-after software event in the world.

The event is targeted at developers, sales professionals, admins, marketers, and other professionals in this field. Recently, the event has also seen music lovers attending, since the introduction of a Dreamforce Music Festival. Last year, 3 million dollars was donated to the homeless by the attendees of the event, making Dreamforce one of the best, most-successful PR exercises in recent business history. From the launch of the AppExchange in 2005 to the announcement of Marketing Cloud in 2105, Dreamforce has been a platform staged to showcase all the innovations of the Salesforce Company to its customers. 2005 saw the launch of AppExchange – the marketplace of business applications and consulting partners, while 2006 saw the launch of Apex, which is an object-oriented programming (OOP) language for Salesforce developers. In 2007, Visualforce, a framework that allows developers to build custom user interfaces, was launched. Force.com was launched in 2008 as a platform designed to simplify the development and deployment of cloud-based applications and websites. 2009 saw the launch of Chatter while 2010 saw Database.com which enables users to focus on building apps, instead of managing databases.

In 2011, Radian6 was introduced, which is a social media monitoring tool; 2012 saw the introduction of Marketing Cloud, a suite for social media, while in 2013 it was the turn of Salesforce1, which allows a user to wrap all customer related information within a consistent platform. The Salesforce Analytics Cloud package, Wave, was announced in 2014. This year Dreamforce will be hosted on the 15th to the 18th of September in San Francisco, with the Foo Fighters opening the event. Attendees are curious to know what application Salesforce will launch this time. With events such as these continuing to propel Salesforce’s popularity, and with the product range expanding in new and exciting directions, SFDC will remain a force to be reckoned with for a long time to come. If working with innovative, customer-centric tools that have usability in mind and are constantly updated to keep up with technological change excites you, consider a career as Salesforce Developer or Admin. Got any insights on SFDC to share? Feel we’ve missed on the best bits? Comment away! 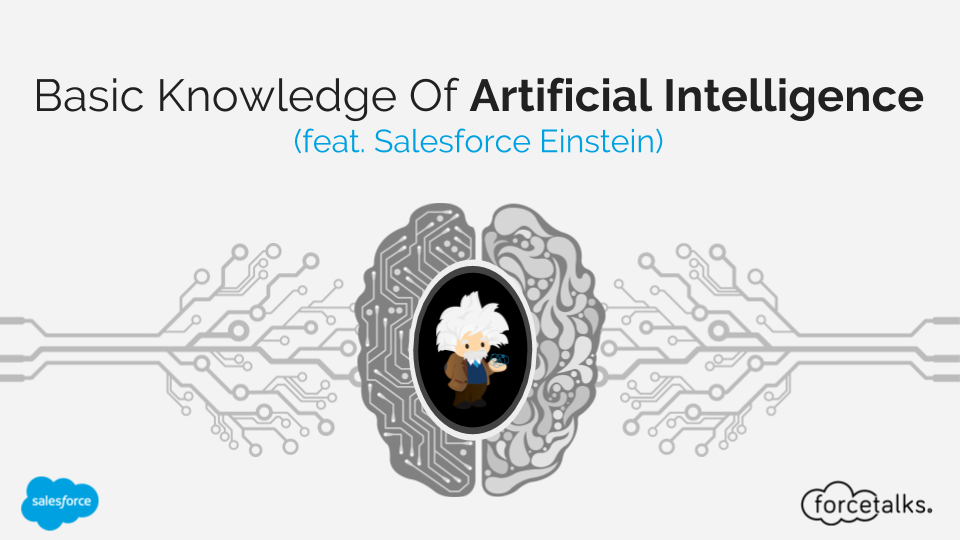 Artificial Intelligence (AI) is a mechanism for a machine to “think like humans” — i.e., the machine can perform tasks with the planning, reasoning, learning,… 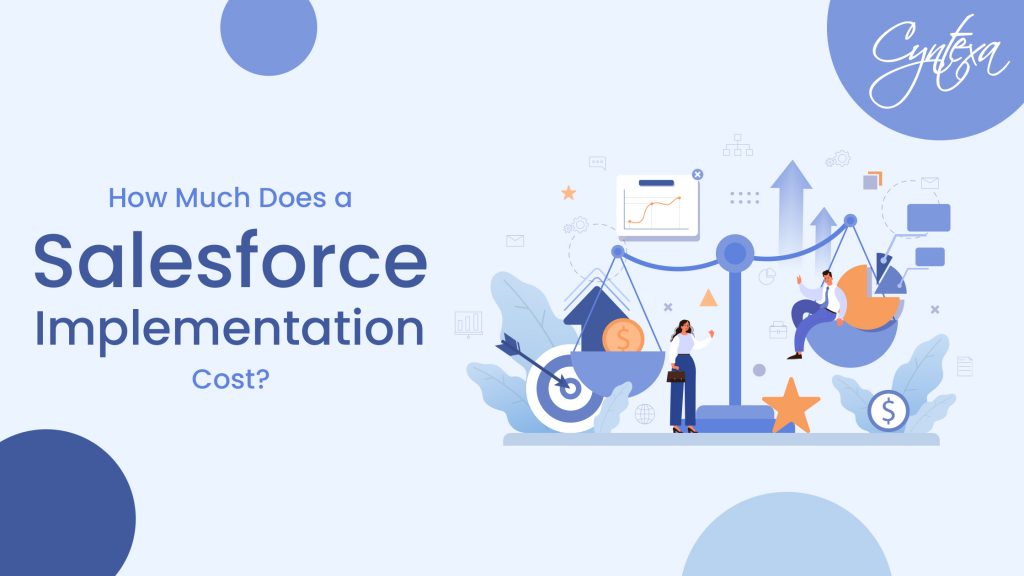 Introduction Before moving ahead, let's first understand what CRM is and why it is important for businesses, as Salesforce is a CRM software.  CRM is… 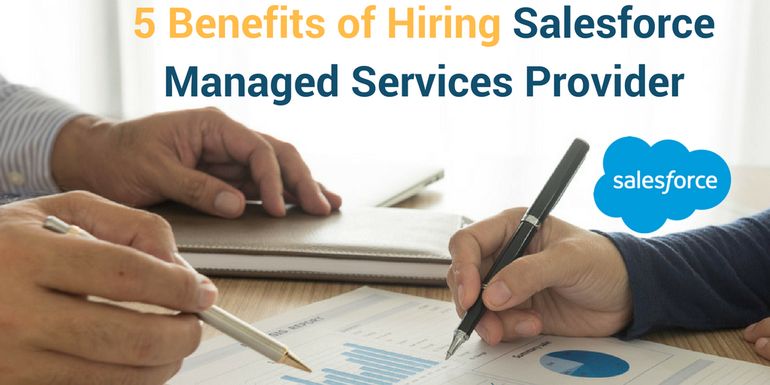 Salesforce is among one of the most powerful and versatile business tools currently available. It can help businesses of all sizes streamline their processes and…

KeyNode Feb 2, 2018
3,737  Views
Try AuditMyCRM - It is a Salesforce CRM Audit tool which comprehensively scans your Salesforce org and gives you the list of errors or warnings you need to take care of.